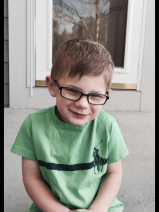 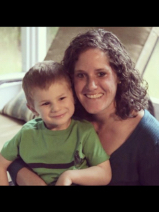 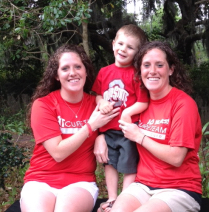 We are fundraising in honor of Max, son of Beth Fiest Boryenace and Adam Boryenace.

ATCP funds research and development for a rare genetic disease called Ataxia-telangiectasia, also known as “A-T”. Imagine a disease that combines the worst symptoms of muscular dystrophy, cerebral palsy, cystic fibrosis, immune deficiencies, and cancer. A-T is aggressive, degenerative, and terminal. Children with A-T are usually confined to wheelchairs by age 10 and often do not survive their teens. Because A-T is a multi-system disease, scientists believe that A-T research will help more prevalent diseases such as Alzheimer’s, Parkinson’s, AIDS, and cancer.

Our nephew, Max, was formally diagnosed with A-T in October 2012, after a year of medical exams, evaluations and tests. Max is a brilliant and savvy little 7 year old who inspires and delights everyone who is fortunate enough to know him. Max’s teachers and caregivers make frequent comments about the smiles he brings to their faces and how he is remarkably smart. Right now, Max has difficulty with physical tasks we all take for granted, like walking or sitting. He has learned how to fall with grace and protect himself in the process. While Max can get around now, this capability will diminish over time and he will likely end up wheel chair bound. While Max will maintain his sense of humor and intelligence, he’ll have a hard time living a “normal” life due to all of the symptoms associated with A-T. As he progresses through life, he will likely need full-time care. Our only hope for Max, due to the rarity of this disease, is raising awareness and supporting research to find a cure and develop therapy and treatment for it.

You can find more information at http://en.wikipedia.org/wiki/Ataxia_telangiectasia, which is updated by the A-T Clinical Center at Johns Hopkins Hospital (funded by ATCP).

ATCP is a non-profit organization, and your donation will go directly to research and raising awareness. Donations to ATCP are tax deductible. You can make your donation at the bottom of this page (scroll down for Donation form)!

Below is an excerpt from an A-T parent explaining how your donations to the A-T Children’s Project have been and continue to be what gives families hope! We have hope to stop this disease for Max.

“In the 24 years that I’ve been seeking support for our battle to treat A-T, I’ve always erred on the side of caution in describing what we hoped to achieve… maybe a slight improvement in a day-to day task like swallowing, or a small enhancement to some aspect of quality of life. But today, I’m bursting with excitement!

By applying a gene therapy approach called “antisense oligonucleotide” or “ASO” therapy, we may now have an opportunity to produce the functional ATM protein that is missing within the cells of children with A-T. I can’t be muted in my excitement today, because we may actually be able to stop the brutal disease process in at least one or two A-T kids this year!
Several ASO drugs have recently been approved by the FDA for other diseases that include Duchenne muscular dystrophy, spinal muscular atrophy and cytomegalovirus retinitis.

Applying ASO therapy to A-T will involve making a drug that contains a short strand of RNA that will bind to the mutated site in the A-T child’s RNA so that the child’s cells avoid incorrect “RNA splicing” caused by the mutation. The drug will then be injected into the child’s spinal fluid so that it can reach the brain.

Initially, only the youngest A-T kids who have lost the fewest brain cells and who carry a certain type of mutation will be treated with this approach. In fact, a customized drug will be needed for each child. But despite these limitations, rescuing the first few children from this terrible disease will be the culmination of everything we have worked for. If we’re successful, we will then throw all of our resources and energy into addressing additional types of mutations and making the manufacturing faster and cheaper. Hopefully, we’ll eventually move onto many A-T patients, maybe even those as old as my A-T sons.

Since founding the A-T Children’s Project, we’ve focused primarily on treatments, with a cure in mind but always seeming so far away. And yet, here we stand, poised to leapfrog a symptomatic treatment and potentially give a full, normal, healthy lifetime to first a few, and then hopefully many more children born with A-T. I’m so grateful to you for previously supporting A-T research that has led us to this point.

To make this exciting next step happen, the A-T Children’s Project will need to spend $1.4 million over the next twelve months. Please, please consider joining Vicki and me in making a special donation and designating it for this initiative.

All the best,
Brad Margus
Volunteer Chairman and Founder”