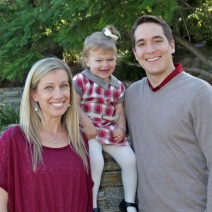 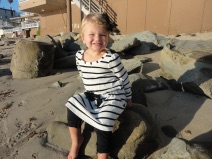 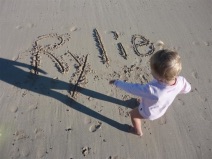 As some of you know and some don’t know, Rylie was diagnosed with a genetic disorder called Ataxia-Telangiectasia (A-T) on November 30, 2011, the worst day of our lives. It is progressive and effects the control Rylie has over her muscles. She will progressively get worse and will likely be in a wheelchair around age 10. Having this cruel disorder also means she is at a much higher risk to get cancer at a young age and have immune system deficiencies. The average life expectancy for someone with A-T is the late teens to early 20’s. The last six months have been a roller coaster of doctor visits, therapy sessions, MRIs, blood tests, and waiting for results. We are still in disbelief that our child has this challenging road ahead of her.

Rylie is so precious, so innocent, and so loved. Rylie is our world and is a beautiful and loving little girl. She brings so much joy into our lives and we consider every moment with her a blessing. Rylie touches so many people in a positive way with her smile and compassion. Rylie is very intelligent and loves to play with her Mom’s iPhone, dance with her Mom and Dad, learn at preschool with her friends, and help around the house (especially by baking cookies with Mom). She has a huge heart that she shows everyone she meets, including animals. Giving hugs to Pluto and Minnie Mouse is the highlight of Rylie’s trips to Disneyland. We can’t imagine life without her. She deserves a fighting chance and we are her advocates, dedicating our lives to saving our baby girl. One day, she will realize that she is different from her friends and we hope that there will be a cure by then.

A-T is extremely rare: there are only about 500-600 confirmed cases in the United States. The rarity of this orphan disease, unfortunately, puts it at the bottom of the list for federally funded research. There is no motivation for funding by large pharmaceutical companies as the financial benefit to these companies does not exist. Because A-T is a multi-system disease, scientists believe that A-T research will help more prevalent diseases such as Alzheimer’s, Parkinson’s, AIDS, and cancer.

Don’t let Rylie fight this battle alone, please be one of Rylie’s Angels and give our child and other children with A-T a chance to live a long life. We are asking you to join our fundraising team to raise money for a cure. If you know anyone else interested in fighting for a cure for A-T and joining Rylie’s Angels, please send them this link.

Thank you so much for taking the time to read this. We really appreciate your support and continued thoughts and prayers.