The Fifth Annual Rustic Run on October 2, 2021 had it all –  competitive run, leisurely walk, pancake breakfast, bounce houses, scavenger hunt, silent auction, fall crafts, face painting, numerous raffles, and even a friendly sasquatch named Hoppy! All the festivities were in honor of Emmy, who is eight and has A-T.

Emmy’s grandpa, Russ Nathan, known to Emmy and her sister as “grandpa with the beard,” contributed an amazing added element to this year’s Rustic Run. His long-time family friend offered to match up to $10,000 in donations if he would shave his iconic beard. Then, another incredible donor also donated $10,000! An additional $6,000 was donated toward “Shaving for a Cure” on Facebook as well.

From the moment of Emmy’s diagnosis, Russ has been ready and willing to do whatever it takes to find a cure for A-T. With that in mind, Russ agreed to shave the beard he’d been growing for 12 years.

In what has been dubbed the Great Chin Reveal of 2021, Russ’ beard was shaved in honor of Emmy at this year’s Rustic Run. His beard raised an astonishing $26,000 for the A-T Children’s Project!

All in all, the Rustic Run raised $131,500 for the A-T Children’s Project. WOW!!! We are so excited to put these funds to work toward life-improving therapies and ultimately, a cure for A-T.

Thank you to all the volunteers, sponsors, in-kind/service donors, and participants for making this year’s Rustic Run the best one yet!

Hats off to the Liufau and Nathan families for yet another incredible Rustic Run that keeps raising the bar year after year! These donations could not have come at a more crucial time — there is a LOT of research happening right now and the A-T Children’s Project can get involved in it thanks to the hard work of all our grassroots fundraisers.

Keep up-to-date on all things Rustic Run on their Facebook page! Also check out this awesome video about the Rustic Run from DNJ Media Productions LLC. 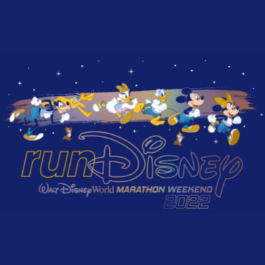