The A-T community is incredibly grateful to have the support of so many schools. From providing one-on-one aides and ensuring accessibility to hosting fundraisers for the A-T Children’s Project (A-TCP), schools often go above and beyond to exceed our expectations. Recently, a New Jersey high school raised money for the A-TCP in honor of the Kerr family. Connor Kerr is a two-year-old with A-T and his mom is an alumna of New Egypt High School.

The class took the time to research A-T and learned the importance of raising money for rare diseases. For their capstone project, the class came up with a marketing campaign and fundraiser for the A-TCP. The students quickly became passionate about giving Connor, their “honorary Warrior,” and the entire A-T community hope for a cure. 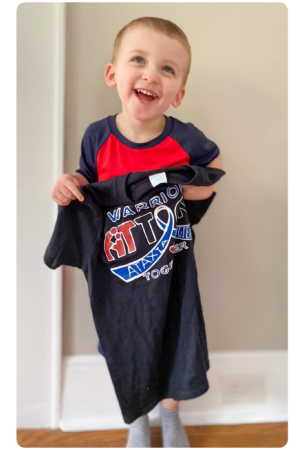 “My students became passionate and more determined to help Connor and his family once they met them and interacted with him personally through a virtual meet. . . We created goals and the first goal was to create awareness in our school and community about A-T and how rare the disease is in so many ways. The second goal was to start fundraising with a target number to reach which we exceeded, third was to bring a little happiness to Connor and his family by creating a fun day– community parade and toys! Our last goal and this will continue is to bring awareness to the media (which we did with NBC-10 Philly News) and for students going onto college to continue this fight!”

The students designed an original logo and sold shirts, sweatshirts and wristbands as a fundraiser. They also organized what Connor refers to as “the coolest day ever” – with a parade of fire engines, police cruisers and even a tractor! Connor’s mom says the students’ dedication to raising funds for the A-TCP took her breath away. She says, “Even though we knew this was going to happen nothing could have prepared us for the emotion of seeing all of these students and members of the community come together with so much pride to make Connor feel special. We feel so incredibly lucky and grateful.”

The students raised over $6,000 for the A-TCP, which will be put to work toward a cure for kids like Connor right away. We weren’t the only ones impressed with the Business Academy’s results. NBC featured the class’ charitable efforts to highlight how a small town community can make a big difference for an important cause. View the segment here.

Because A-T is such a rare disease, the A-TCP relies on the efforts of grassroots supporters like the New Egypt High School Business Academy to help us halt the progression of this devastating disease.

Is your school ready to make a difference? Reach out to us at fundraising@atcp.org. 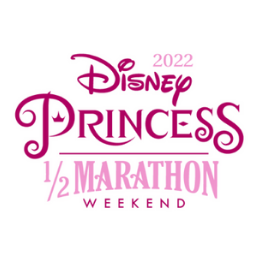