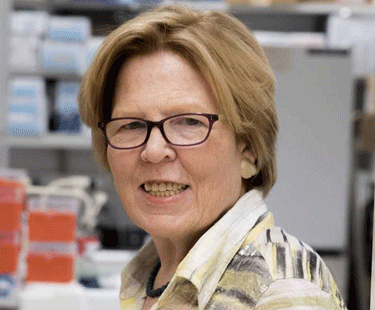 Ever since Shinya Yamanaka and John Gurdon shared the Nobel Prize in 2012 for converting mature blood and skin cells into stem cells, neuroscientists have been trying to take the next step: converting those stem cells into specific types of brain cells. Making human brain cells that live in a laboratory dish would open the door to researchers who until now could only study brain tissue donated by families after a patient died.

Researchers working on A-T have been particularly eager to apply this approach, because animal models of A-T have been disappointing, showing subtle brain changes but lacking the pronounced neurological problems seen in children with A-T. Scientists have wanted to obtain blood or skin samples from A-T patients, convert them into stem cells, and then convert them into cerebellar Purkinje cells, the type of cells that play a critical role in coordinating movement and that die in a child with A-T as he or she grows older.

Recently, by using several clever techniques such as “co-culturing” human stem cells with mouse granule cells, a laboratory team led by Professor Mary E. Hatten, PhD at Rockefeller University may have cracked the problem and at last found a way to make true cerebellar Purkinje cells in a dish. The A-T Children’s Project has therefore quickly awarded a research grant to Dr. Hatten’s team to make Purkinje cells from A-T patients.

If Dr. Hatten’s group succeeds, their A-T Purkinje cells may enable the world to figure out – at last – why Purkinje cells are more vulnerable to disrupting the A-T gene and losing the A-T protein than other cells in our bodies. In addition, biologists and medicinal chemists may be able to screen thousands of chemical compounds against cultured A-T Purkinje cells in hopes of identifying new drugs that protect or rescue them from A-T.

The A-T Children’s Project is betting on a world-class scientist to lead this project. Dr. Hatten, who has been focusing on the cerebellum for much of her distinguished career, has been elected to the National Academy of Sciences, one of the highest U.S. honors a scientist can receive.