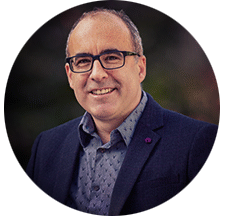 The laboratory of Stephen Jackson, PhD at the University of Cambridge in England has used CRISPR/Cas gene editing technology in cells to find genes that, when altered, compensate for the lack of the ATM protein. Now, with new funding from the A-T Children’s Project as well as Action for A-T, a UK-based non-profit organization, Dr. Jackson’s team will explore how targeting those genes might be translated into therapies that would make A-T less severe for patients.

In addition, Dr. Jackson’s laboratory has been studying a unique patient who lacks detectable levels of the ATM protein and should have the typical presentation of A-T but instead has remarkably milder symptoms. The lab has generated induced pluripotent stem cells from this extraordinary person and is now looking for genetic and environmental factors that may be responsible for reducing the severity of symptoms and the rate of disease progression.