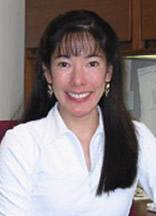 The A-T Children’s Project has begun exploring whether anti-inflammatory drugs might prevent or reduce lung problems that can become life-threatening for people with ataxia-telangiectasia. The organization has awarded funding to JoAnn Sekiguchi, PhD at the University of Michigan to determine if anti-inflammatory compounds can reduce lung damage in a mouse model of A-T.

About 25 percent of people with A-T develop lung disease. Problems with swallowing and aspiration, as well as weakened immune systems, lead to chronic lung disease. In addition, an inability to repair lung damage, premature aging, oxidative stress, and inflammation may contribute to the development of lung disease in A-T.

Dr. Sekiguchi and her laboratory will aim to learn if a certain type of immune cell, called a neutrophil, contributes to the over-active inflammatory response that occurs when the lungs of A-T mice are damaged. In hopes of finding a breakthrough approach to preventing lung damage in people with A-T, Dr. Sekiguchi’s team will test whether two compounds that target neutrophil-driven inflammation can reduce lung damage in A-T mice.